The Fortune Cookie Theatre Company was founded in 2000, at a sushi conveyor belt in Johannesburg, South Africa. Brian Webber and Sylvaine Strike (who had recently returned from furthering her craft at the Jacques Lecoq school in Paris) sat together watching the sushi roll past. Work had been scarce, and, fed up with waiting for their agents to call, they decided there and then to form a company to begin making their own work. A fortune cookie arrived with their frugal bill and inside it a message: “trust the moment” and so it seemed fitting to name the company “Fortune Cookie Theatre”

Sylvaine Strike’s work has moved hearts and minds since her first break- through at the National Arts Festival in 2002, when she directed and co-devised the runaway success Baobabs Don’t Grow Here. From these humble beginnings, critically acclaimed work continued to follow, earning her a list of award winning productions including: Black and Blue; The Travellers; Coupé; The Butcher Brothers; The Table; The Miser; Tobacco; CARGO:Precious; Agreed;  Miss Dietrich Regrets; Travels Around My Room; Dop; Curse of the Starving Class; Tartuffe; Cottonwool Kid and most recently her highly acclaimed  production of Samuel Beckett’s Endgame for the Baxter Theatre.

Sylvaine was awarded the Standard Bank Young Artist for Drama in 2006, which re-enforced her role as the Artistic Director of the Fortune Cookie Theatre Company. She was made the Featured Artist of the National Arts Festival in 2014, showcasing 5 cutting edge productions that year and most recently received the prestigious order of the Chevalier des Arts et des Lettres, in 2019.

The Miser which won her the Naledi Best Director Award 2012, and Best Production of a Play 2012, put her on the map as a contemporary director capable of realizing inspired, re-imagined classical work. She has further been nominated in the Best Director category at the Naledi, Fleur du Cap and Woordfees Awards 2016 for her direction of the critically acclaimed plays Tobacco, and Dop. She has won the Naledi Best Actress Award 2004 and 2006 for her roles in Black and Blue and Coupé. She is the recipient of the Fleur du Cap Best Director award for Endgame which also won Best Production for that year.

Sylvaine is dedicated to nurturing young performers, designers and stage managers, encouraging them to showcase themselves within the work that she produces. Her role as Featured Artist 2014 came with the responsibility of producing theatre for a new generation, a challenge she is very passionate about. Sylvaine is also a seasoned television and film actress, most recently winning the South African Film and Television Award at the SAFTA’s 2016, for Best Supporting Actress in a comedy, for her role as the weird and twisted Agatha Borg in Those who Can’t. 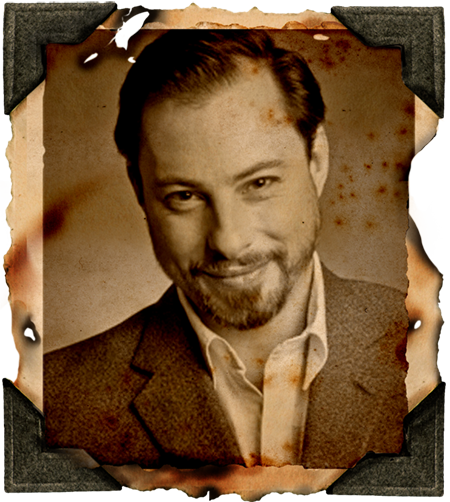 Brian Webber is an acclaimed actor, well known and respected and always pushing the boundaries of his craft, he is a writer, director and fine artist.

Brian obtained his degree in Drama at the University of The Witwatersrand in Johannesburg and has been working professionally, in South Africa and Europe since 1990.

He is best known by audiences for his portrayal of Rudy in the feature film screen version of Martin Sherman’s BENT, starring in a lead role opposite Clive Owen, Sir Ian McKellen and Mick Jagger for Channel Four Films and MGM. He has also directed a full length Afrikaans Musical feature film called LIEFLING, produced by Hartiwood Studio’s.

On Stage he is well known for his collaborations with Lara Foot-Newton, Marthinus Basson, Sylvaine Strike, Harry Kalmer, Yael Farber and Robert Coleman. He has been singled out and praised by theatre critics and industry icons for many of his performances including a quote from Sir. Ian McKellen: “I thought some of the young actors were very good, especially Brian Webber.” – with reference to The Messenger, a role which Brian portrayed alongside John Khani in the successfully revised version of ANTIGONE, co-written and directed by Sean Mathias. Brian has worked on many occasions at the Market Theatre; most recently he appeared as Boetie in ACROPOLIS CAFè for which he received a NALEDI nomination for Best Supporting Actor and as Francois Le Grange in the immensely popular COUPè. 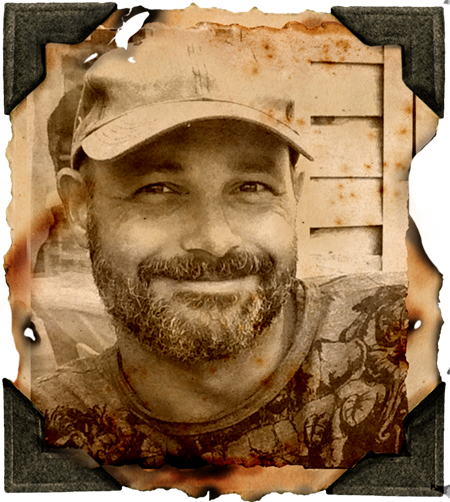 Born in Israel where he spent his childhood, Chen matriculated from the Pro Arte High School for Ballet Art Music and Drama in Pretoria, with Drama as his major.

He went on to study Civil Engineering in Haifa, Israel and has worked as both a civil and structural engineer since his graduation in 2000. Chen is based in South Africa, working as a structural engineer and freelances as a set designer for the Fortune Cookie Theatre Company. His designs, which have enjoyed critical acclaim, won him a Naledi Best Set Design for Coupè in 2006 and a Naledi Nomination for Best set design for The Travellers, 2005. Chen also works as administrator and financial advisor to the Fortune Cookie Theatre Company. 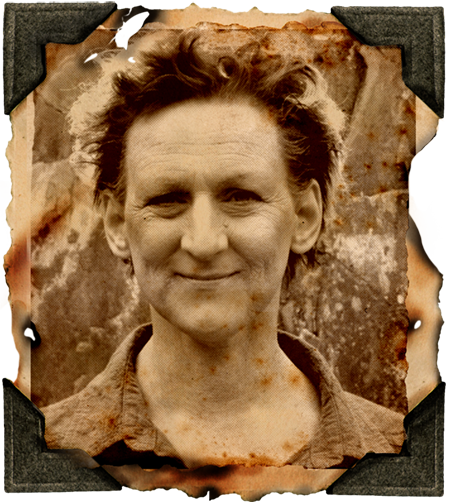 Recent creations and performances include Cottonwool Kid co-created by Toni Morkel and Sylvaine Strike; Tobacco directed by Sylvaine Strike, Roach directed by Khutjo Bakunzi-Green; The Last Show directed by Jemma Kahn; Pieter Dirk Uys’s  The Merry Wives of Zuma; The Voodoo Divas’ Nounouche – The Side Show; Jenine Collocott’s High Diving; Market Theatre’s Grimm Tales (for which she received a Naledi nomination for Best Female Comedy Performer); The Fortune Cookie Theatre Company’s Coupé and The Travellers. (For The Travellers Toni was voted Best Female Physical Theatre Performer at NAF 2005 by Die Beeld newspaper, and received a Naledi nomination for Best Female Comedy Performance). Other performances of note at The Market Theatre include several Robyn Orlin pieces (most notable being the internationally acclaimed daddy I’ve seen this piece six times before and I still don’t know why they’re hurting each other); fall, I catch you; and Two Straight Queers (for which she won the 1997 FNB Tonight Comedy Actress of the year Award).

Toni is a proud member of The Fortune Cookie Theatre Company. She is a member of both Causing A Scene and Jittery Citizens improvisation groups and Le Club physical theatre group.

Toni entered the world of theatre, after completing her studies in Fine Arts, first through Costume Arts, and then she joined The Handspring Puppet Company for 3 years where she trained as a performer and gained invaluable experience in theatre making. 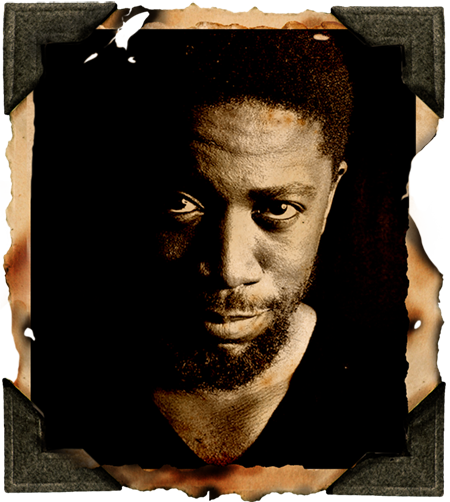 Atandwa Kani is a film, television and theatre actor born in Port Elizabeth in South Africa, and is the son of John Kani. He was educated at the University of Witwatersrand, where he studied theatre performance and graduated in 2008. He was awarded the “Leon Gluckman Award” for ‘Best Research Project’. While at University, Atandwa performed in many student productions including leas roles in: Rosencrantz and Guildenstern are Dead, Much Ado About nothing, Once on This Island, Translations and I need a Gun amongst others.

He made his international stage debut in The Tempest, for which he received a ‘Best Supporting Actor’ Fleur Du Cap nomination, a collaboration between the Baxter Theatre Center and the RSC, where he played Ariel alongside his father and Sir Antony Sher.

He performed and workshopped two new plays, Hayani and ID Pending with fellow actor and Wits graduate, Nat Ramabulana, and directed by Warren Nebe they Premiered both productions at the Grahamstown National Arts Festival in 2009. Hayani was later reprised and performed at the Market Theatre (Johannesburg) and the Baxter Theatre (Cape Town).

Atandwa went on to play the role of Thabo Mbeki in a Paul Grootboom directed production of “Rhetorical” in 2012 for which he won a Naledi Award for in 2013 as ‘Best Newcomer/ Breakthrough Actor’.

He then went on to perform in Sylvaine Strike’s “The Miser” for which he received a Naledi nomination. This marked the beginning of his relationship with the Fortune Cookie Theatre Company which he officially joined in 2014, after performing alongside Sylvaine in Black and Blue at the Grahamstown National Arts Festival in 2014, as part of the Featured Artist Programme (Sylvaine Strike), directed by James Cunningham.

In 2015, Atandwa toured the US with the play “Sizwe Banzi is Dead” alongside Mncedisi Shabangu, directed by Dr John Kani. Atandwa is currently completing his Masters in Performance at the New York Tish School of the Arts.